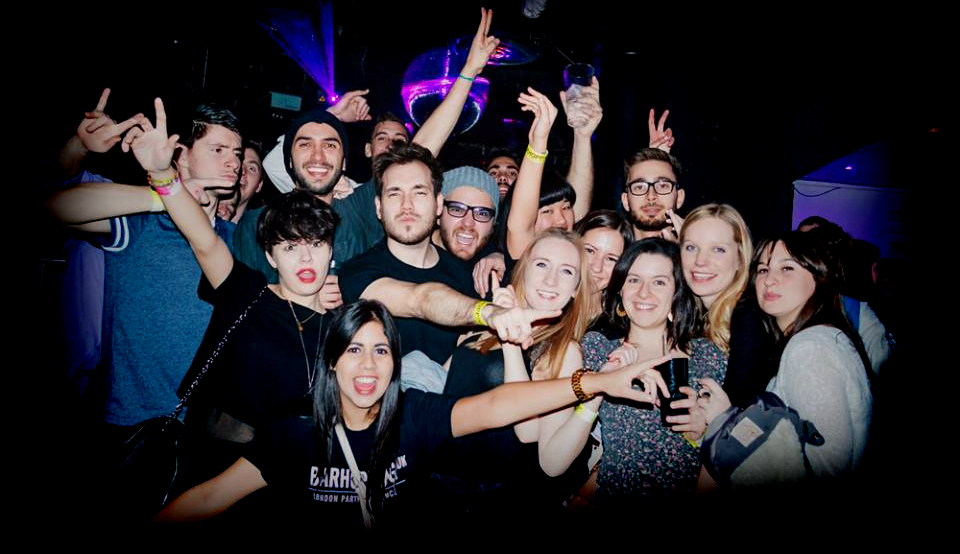 I have never been someone who likes to attend organised nights out as it feels like you’re being forced to have fun and it can often feel forged.

So when my friend Ryan suggested we go to a bar crawl in Soho, I was initially hesitant. However, Ryan was a man who knew how to party, so I decided to give him the benefit of the doubt and I reluctantly agreed to go.

My nights out with Ryan often followed the same formula. We rolled up to Zebranos in Greek Street and were greeted by bouncers, who after very little consultation, let us into the bar without hassle. For two guys trying to go out – no trouble from security is already better than half our nights out.

Two of Barhopping UK’s staff greeted us with big warm smiles, gave us a drink card and prepared us to be at our best that night.

Once we started to meet the others and settled in, I started to see what Ryan meant by an epic night.

That was the best thing about this bar crawl. The people. Like most Australians in London, we don’t get to experience other cultures often – partly due to our poor attitude of rarely venturing out of the city’s south and always hanging out with our fellow countrymen.

In this group of people, there seemed to be people from different countries, English, South Americans, North Americans, French, Spanish, Greeks, Italians, Japanese, Dutch, Germans and South Africans – an eclectic mix of people from all over the world, all united getting drunk and having fun.

Throughout the night, we went to three different bars and one club. Sure, we had to wait in line at some of the venues, but it was no fuss because there was a drink waiting for us at the end of the line – again, I was just happy I didn’t have to convince the bouncer I was a model citizen to be allowed entry.

As the night grew older, the relationships between all the people became stronger and soon, these people, who were strangers a couple of hours ago, I felt like I had known them for years.

However, as much as I enjoyed everyone’s company and partying with this group, including the staff who were just as wild as everyone else (getting paid to party seems like an ideal job), there was one individual who stuck out above the rest.

I didn’t start talking to her until the second bar when her friends were interrupted by a drunk Ryan (yes, he was already drunk - he is a two-drink sally).

The confidence of Ryan rubbed off onto this group of girls, except for her. She drifted towards the back of her group, which is where we made first contact. Stella was a shy 20-something girl from Gothenburg. I pretended to know where that was, only for her to catch my bluff and reveal was Swedish. Remarkably, I had never really come across a Swedish person in my travels, which caught my attention.

What started out with simple small talk, including the usual topics of where your from, what you do, why are you here etc.… We soon started to discuss the real stuff.

Turns out this student from Gothenburg loved languages and spoke six of them – including Spanish, which is a language I had always been fascinated with. Add French, English, Danish, Norwegian and, of course, her native Swedish into the mix and she instantly became extraordinary.

Thankfully, Ryan had done enough to keep her friends entertained so the group of us began to party together for the rest of the night. At the second bar, Stella and I continued our language conversation and she continued to blow me away with her passion and experience.

At the third bar, I got my chance to impress her with my own knowledge about kangaroos, koalas and Aussie slang– basically anything that has to do with the land of Oz. I also showed her how we dance down under. Soon, I started to suspect that all of her original perceptions of Aussies being tanned surfers with blue eyes and blonde hair, had been shattered. A nice surprise I hope.

After displaying my killer moves, which proved to be a hit with not just Stella, but the whole group, we finally made it to the last club where the official formalities were finished. However, the night would continue for those who wanted to stay.

Of course, I was excited when Stella elected to stay on. We didn’t get to talk much in the club due to obvious reasons, but we just felt inseparable. What also impressed me was how the whole group of barhoppers were dedicated to spend as long as we could together in the club. We were having fun, so why stop?

Hours later, the night fizzled down and most of the group had dispersed. With Stella’s friends now ready to leave and Ryan nowhere to be found, I too knew the night was done.

Exchanging numbers, Stella and I promised to see each other soon before parting ways to which I then began my journey home – obviously detouring via the closest kebab shop before making my way to the tube to contemplate the night that was.

While he may have ditched me, Ryan was right about one thing. That 15 pounds was definitely worthwhile. My expectations had been exceeded and I made new friends from places I didn’t even know existed, as well as meeting my future wife.

Since that night, Stella and I have been on a few dates, so while it may be early, I’m calling it now.

Subscribe to our newsletter
Thank you! Your submission has been received!
Oops! Something went wrong while submitting the form.
Featured